Light-flooded apartment near the Town Centre 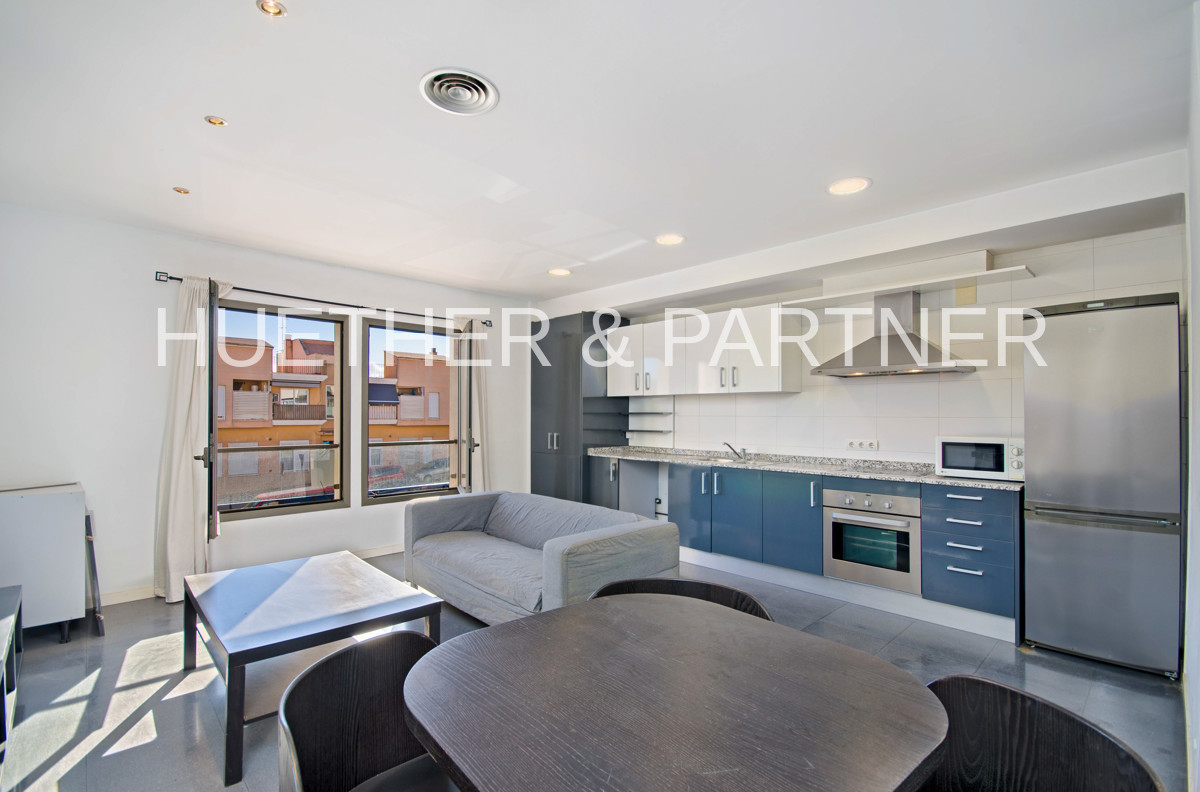 Light-flooded apartment near the Town Centre

A bright and modern designer apartment on the outskirts of Inca, however, the centre can be reached in about 5 minutes on foot.
The apartment is on the first floor of a 5-owner Development, which will also house offices and a restaurant in the future.
The building was built in 2008 and impresses with its modern exterior design and spacious interior.

The living space of 61 sq m is divided into a bedroom, a bathroom with a bathtub and an open-plan kitchen/living room with large windows. In addition, there is a private 18 sq m terrace which can be individually designed as a small oasis with wooden elements and plants.

The bedroom has a double bed and a built-in wardrobe. Another built-in closet is located in the entrance area.
The spacious kitchen-living room is equipped with a fitted kitchen including appliances and a washing machine cabinet. The living and dining areas are also furnished but can be designed and expanded according to your own requirements.

There is an underground car park in the basement and the apartment has one parking spaces and a storage room.

Inca is the third largest town in Mallorca and lies between Palma and Pollensa. After Palma, it has the best connections to other cities on the island. Trains and other public transport are freely available.

Inca itself can look back on a long history. Originally there were Talaiot settlements here, which were later inhabited by the Romans. During the Moorish era, the city was known as ‚Inkán‘.

Inca is considered the „leather capital“ of the island. In 1871 a resident of Inca founded the first shoe factory in Mallorca.
In recent years, Inca has benefited from extensive renovation projects. The traditional buildings and squares have retained their old charm and many of the adjacent streets have now been converted into pedestrian zones.

The city’s architectural and cultural heritage is mixes with modern and renovated buildings.
The surrounding areas offers something for everyone. The beauty of the interior of the island the many picturesque villages in the immediate vicinity.

The centre of the island of Mallorca is one of the most beautiful and varied regions, with stretches of particularly fertile land, the home to large orchards and clusters of trees.